Five Thoughts on the GREATEST ROYAL RUMBLE EVER!!! 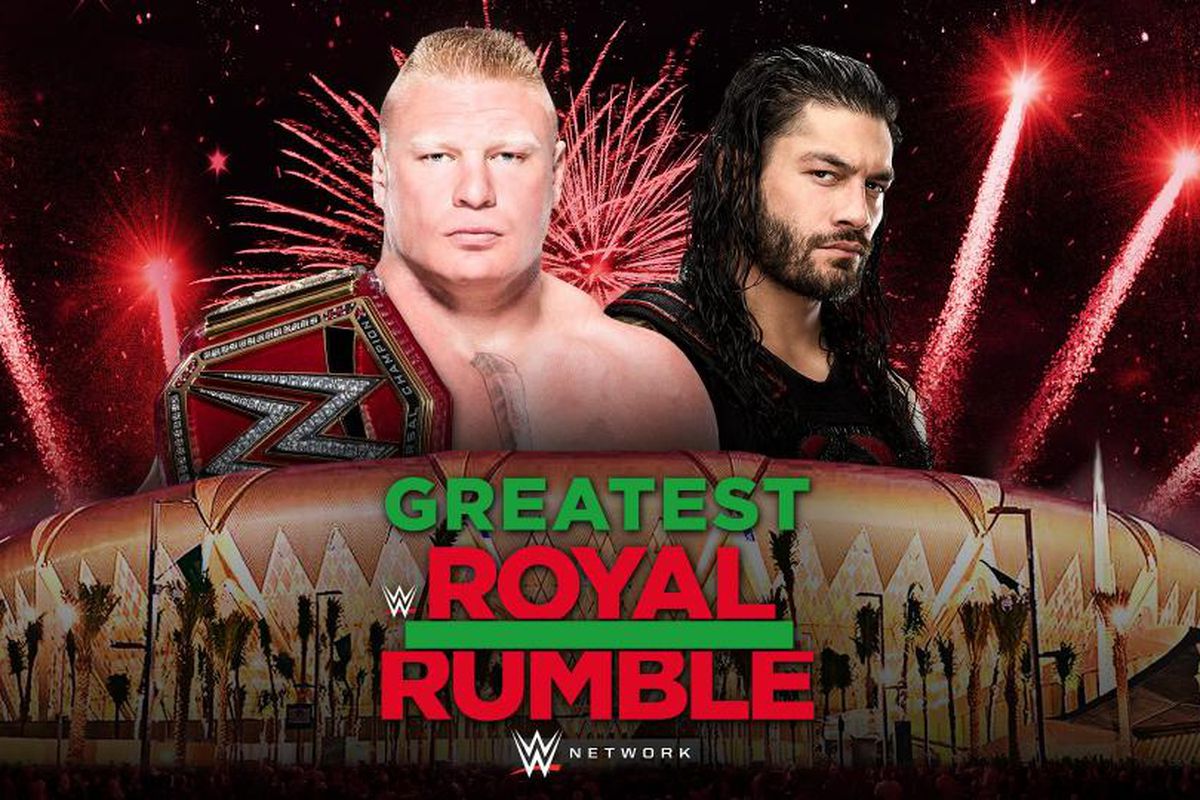 1. While I Don’t Agree With Some Of The Politics Of The Show, It Was A Cool Atmosphere

I get that the WWE is making a lot of money from this show, and that is the reason this is happening. The propaganda video they aired rubbed me the wrong way, because there are still certain restrictions for women in the country. But the atmosphere this show had was pretty cool. The opening match between John Cena and Triple H had a big fight feel to it even though it was nothing more than a glorified house show match. It was weird to see a crowd actually boo and cheer who they were suppose to. It felt like a big show on the Network and I’m sure it felt like a big show to the people of Saudi Arabia, and I’m sure they loved it.

2. The RAW Tag Team Division Is Not Good

So now that Bray Wyatt and Matt Hardy are tag team Champions, what is next for them? The Bar, Usos, and New Day are the WWE’s three best tag teams and they are all on Smackdown. The Revival are not treated like real threats. The Authors of Pain just came up to the main roster. Breezango and the Ascension? LOL. You could go with Kevin Owens and Sami Zayn but they are above the Tag Titles. And I would argue that Drew McIntyre and Dolph Ziggler are being presented as bigger than the Tag Titles. The Division has no direction whatsoever after being raided during the Superstar Shakeup.

Many people were worried about Nakamura after his loss to AJ Styles at Wrestlemania. Some thought that was the end of the road for him in the WWE, even with his heel turn. But the last few weeks of Shinsuke Nakamura on Smackdown may be the best version of him on the main roster so far. Nakamura looks like a completely rejuvenated person. He seems super into his character. With the double countout finish here, I fully expect some kind of stipulation added to a rematch at Backlash. All I know is that Nakamura has went from treading water to one of the best things going in the WWE, and his presence on a much improved Smackdown makes the show even better.

What is this a reaction to? Well that would be the end of the Brock Lesnar/Roman Reigns match! Roman ended up spearing Brock through the cage and they landed on the floor. The ref declared Brock the winner for touching the floor first. The problem? Lesnar was still technically on the cage and Roman rolled over and his feet hit the floor first. So that means two things: 1. We get more of this pointless feud and 2. We get more of Brock Lesnar as Universal Champion. The Reigns coronation is put on hold again and I’m starting to wonder if it even happens at this point. If we would have been recording the HTCWrestling Podcast during that finish I would have been laughing for five minutes straight. Oh and the crowd booed Reigns. Not as bad as in the States but audible enough that they had to mute the mics. Everything about this was bad.

5. When Will A Braun Win Finally Mean Something?

So I guess it’s cool that Braun Strowman won the Rumble match. He should’ve won the one held in January too. This one he gets a belt and trophy that literally mean nothing. Will Braun get a Title match from this? My guess is no, since I don’t think the Brock/Roman story is done. Braun can win as many matches as he wants, but until he gets the Universal Title around his waist, they all seem kind of pointless don’t they?