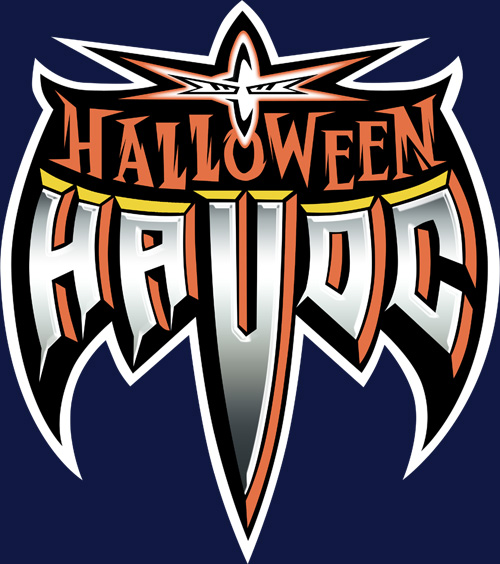 And I’m here. The first PPV of the Vince Russo Era. And boy is it a bad one. If you watch the Nitro before this show, you can tell Vince Russo has fully taken over:

-There are more backstage segments and interviews on this show then on every other Nitro before this combined. And most of the cuts have awful transitions.

-Women are being objectified. Kimberly is used to seduce David Flair. There is also an evening gown match.

-Buff Bagwell REFUSES TO FOLLOW THE SCRIPT BRO. He intentionally loses to La Parka then takes the mic and asks Russo if he did a good job.

The expectations are already low going in. This is going to be a shit show.

That’s right, Disco Inferno is the Cruiserweight Champion despite not fitting into the cruiserweight weight division. And Lash Leroux literally just showed up on Nitro the one night and was announced as the challenger. Really goes to show you the planning Russo put into this.

Well apparently Leroux only has one loss in WCW. I have no way of knowing if that is true or not. Leroux goes for a hurricarrana off the top but Disco flips like someone not meant to take that move, because he’s awful. It looks like Leroux has to slow down his pace so Disco can keep up and it i making the match not good. Disco stays on offense the whole match and eventually hits a Stunner, oh I’m sorry the Last Dance for the win. The finishing sequence was really slow and clunky.

After the match Leroux attacks Disco, because he is a sore loser.

They show Chris Benoit and Dean Malenko arriving. Saturn asks them where they’ve been. Malenko says to tell Shane Douglas to take the Revolution and shove it up their ass. Only Russo would break up the Revolution so quickly.

So on Nitro, Mysterio and Kidman won the Titles from Harlem Heat. So they step into the already contracted Title match that Knobbs and Morrus had. But Rey Mysterio hurt his knee, so they were stripped of the Titles. But now they get the chance to regain them with a new member and Harlem Heat is back in the match too. But Kidman and Konnan still come out with the Titles. Got it? At least Jerry Flynn isn’t in this match.

Jimmy Hart hits Booker T with a garbage can lid and he for some reason chases him down the entrance aisle and gets blindsided by a Knobbs garbage can shot. Now they are brawling in and ruining the awesome Halloween Havoc set. Back in the ring, Morrus press slams Kidman onto an open chair which to me is a stupid spot. Backstage, Harlem Heat pins Knobbs after hitting him with a mummy, not the YET-AH. Back in the ring, the Filthy Animals also get a pin. There’s a discussion between the refs and they eventually agree Harlem Heat got the pin first. Thank god, I was expecting a Russoific finish there.

Kimberly comes out with DDP. She talks about getting a 14 time spanking from DDP as a warm up and says it is a good, good thing. But when Flair does it, it is a bad bad thing. So that’s where his WWE gimmick comes from. They still talk about Flair spanking Kimberly. DDP says that when Kimberly invited David Flair to her hotel it was an obvious swerve. This was all to make DDP/Flair a Strap match tonight. Yawn.

Eddie Guerrero comes out wearing the rolex he stole from Ric Flair on Nitro. Remember when wearing watches was a thing? This match is moving at a snail’s pace to start. All mat based submissions. It’s been ten minutes and they are still doing it which is surprising to me. I mean doing this for a few minutes is okay but this long? Saturn lifts up Eddie while in an armbar and hits a powerbomb. Just as the match picks up, out comes Ric Flair with a crowbar. He lays the boots to Eddie then hits him with the crowbar. Kidman gets the same fate. Torrie Wilson tries to stop him, but Flair dances around her then kisses her. She smiles because she likes it, and women are whores to Vince Russo.

Goldberg is attacking Sid backstage. He eventually kids pulled off but Sid is busted open.

Buff Bagwell comes out. BUT HE AIN’T ON THE RUNDOWN BRO. Buff says he has a problem with the two guys from up north that came to save WCW. He then calls out Jeff Jarrett. Jarrett comes out and they brawl. Lex Luger comes out and tries to hit Jarrett with the guitar (Elizabeth was shown laid out backstage with a guitar next to her on Nitro) but Jarrett moves and hits Bagwell. Except his aim is off and he hits Bagwell with the handle. Only Luger would do that.

The Berlyn character was fine with me. But again, he was never cracking the top of the card in WCW. And in under five minutes Brad Armstrong beat Berlyn. I, um, okay? Berlyn and the bodyguard attack after the match but that was a dumb booking decision.

The action goes to the outside early because that is where these two are most suited to be obviously. Benoit does a spot where he throws Steiner from corner to corner, then goes for a dropkick but Steiner barely moves forward so it barely hits. Okay action that eventually leads to a ref bump, a chair being brought in, and Dean Malenko using the chair on Benoit. SWERVE BRO!!! Rick Steiner wins.

The Total Package vs Bret Hart

The winner of this match can be called the true winner of the 1994 Royal Rumble. Lex Luger isn’t going by that name anymore. He’s only the Total Package now. Bret comes out with a limp after Luger’s attack against him on Nitro. Damn it, I mean the Total Package’s attack. And because Vince Russo hates wrestling action inside the ring, almost all of the fighting is taking place on the outside. We finally get back in the ring and Bret just hits all of his basic offense but he does continue to sell the leg. Bret goes for the Sharpshooter but the Total Package pokes him in the eye. They awkwardly tumble to the outside and it makes their Rumble 94 finish look like an art. The fall hurt Bret’s leg even more. Back in the ring the Total Package applies a single leg crab and Bret taps. Bret losing after being on offense the whole match was stupid.

Here comes Madusa. She didn’t want to be in an evening gown match on Nitro but has no problem promoting the new WCW cologne in a bikini. And she also looks like she is made of complete plastic. Bobby Heenan rips on the cologne for smelling awful. Way to sell your product there. She then says she hates doing this and spills the cologne on Heenan which is hilarious. Even Schiavone says Heenan stinks now. Why would anyone buy the product after this?

Hogan isn’t coming out when his music is playing and Heenan and Schiavone don’t know what is going on. Heenan thinks Hogan is pulling a power play and wants Sting to come out first. They finally switch to Sting’s music and he comes out. Now Hogan comes out. Hogan and Sting talk in the ring then Hogan lays down in the ring. Sting pins him and they immediately cut to a Goldberg/Sid video package.

The plan was to recreate Vince vs Austin with Russo and Hogan. Problem is Russo is nowhere near as great of a character as Vince McMahon. And I’m pretty sure Hogan wouldn’t have been a believable Steve Austin, even as a light version. Hogan was suppose to go through the new nWo that formed later in the year but injuries and Russo being demoted caused that not to happen.

As Goldberg is walking down the entrance aisle he is attacked by Scott Hall and Kevin Nash. What an awful job by the security that walks him to the ring. The match starts on the outside and Sid is still bleeding from the attack earlier. Sid applies a Camel Clutch and spits his own blood like a mist in the process. Goldberg powers out with an electric chair drop and takes control. Goldberg is beating the piss out of Sid and his face is completely covered in blood at this point. The referee stops the match as Sid can’t stand anymore. Sid stands up almost immediately after, killing the point of the finish. Rick Steiner tries to tell Sid to get out.

Sting comes out and challenges anyone to a fight, because he didn’t come to Vegas for a night off.

Tony Schiavone talks about Flair being in strap matches before. But Bobby Heenan just said earlier that Flair had never been in a strap match. Again the action goes to the outside. This is Vince Russo’s dream because he hates actual wrestling in the ring. They spill into the crowd which is always a risk knowing a 1999 wrestling crowd. They get back to ringside where Flair kisses Kimberly twice. At least she sells it like she didn’t like it. They stumble to the announce table and Flair is busted open. Finally we are back in the ring. Flair applies a Figure Four and there are pinfalls in strap matches. They brawl around a bit then DDP hits a Diamond Cutter. Charles Robinson appears to stop at the three count but still calls for the bell. That was awkward and stupid.

David Flair comes out but Kimberly stops him. She hands the crowbar to DDP and he uses it to hit Flair in the nuts/dick. David Flair eats a Diamond Cutter in the ring but he tries taking it like a Stunner instead. Flair does the stretcher job as we wonder if Space Mountain is officially closed for good.

BUT WAIT. The Filthy Animals beat up Ric Flair and throw him in the ambulance and hijack it. Oh boy.

The people in person think this is for the Title but Tony Schiavone says it is not. So who knows. Charles Robinson is back out like nothing happened after he was just attacked by the Filthy Animals. Goldberg misses a Spear and eats three Stinger Splashes. But Goldberg recovers and hits a Spear and Jackhammer for the win. Goldberg is announced as the new Champ so no one knows what the hell is going on. Sting attacks Charles Robinson after the match.

What an awful, directionless show. The next night Goldberg is stripped of the Title because it apparently WAS non-Title. But Sting doesn’t get it back because of his actions against Charles Robinson after the match. It was basically Russo’s way to get the Title off Sting and on to his guy Bret Hart. I’m not looking forward to my trips down Russo lane in the coming weeks.