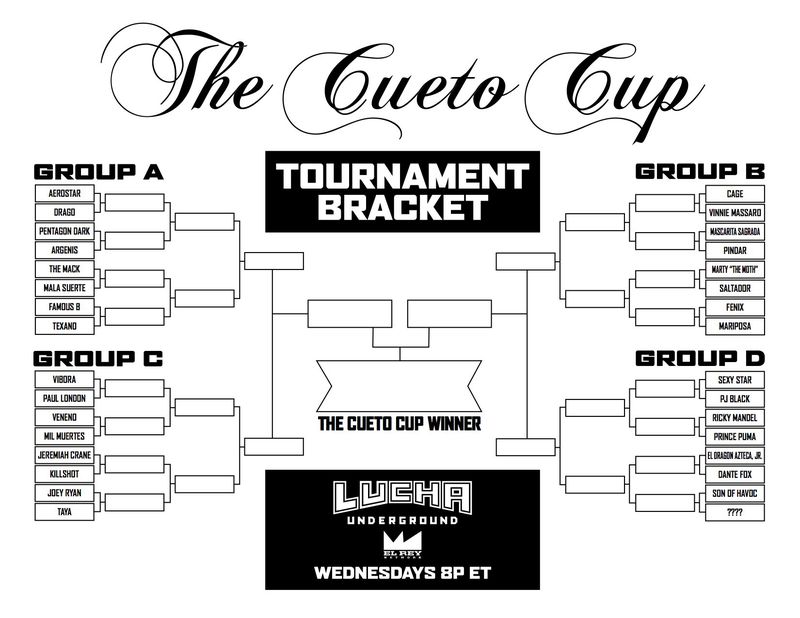 Match For 3 Aztec Medallions: The Rabbit Tribe vs The Worldwide Underground

-Jack Evans, out with a broken jaw during this, is now the sign guy of the group.

-Saltador grabs Taya’s ass then pushes her down by it.

-Paul London and Saltador come in and block Mala Suerte from getting hurt by Taya in the corner because they both want to get some of Taya.

-Saltador takes out Taya and PJ Black on the outside. London hits a shooting star press in the ring on Ricky Mandel to give the Rabbit Tribe their first ever win.

-Mil attacks Crane on his way to the ring.

-Dario made this match no DQ during the break. Back from break, Mil throws Crane through a door.

-They brawl onto the bleachers. Mil tosses Crane onto the railing and he slides down.

-Mil continues to beatdown Crane and now tosses him into the wooden chairs.

-Crane sets Mil up on the chairs then runs around the ring. But Mil catches him with a spear. Mil then tosses Crane over the announce table onto the chairs behind it.

-Mil backdrops Crane onto the top of two chairs for two.

-Crane takes a chair and catches Mil with it. He sets a chair up on top of Mil then slams it into the neck of Mil.

-Crane sets up a table on the outside but Mil comes through and spears Crane onto it but it doesn’t break as they barely break it. Mil then puts Crane through it properly.

-Mil goes for a Spear but Crane applies a choke. Mil escapes and hits a chokeslam then gets a table.

-An Agent Winter comes in from the FBI and says he is Delgado’s replacement. He says their friend in the limo wants Winter to keep an eye on the Temple. Winter says he is a big LU fan and a Pentagon Dark fan. Winter says they will do whatever it takes to help the gods rule again.

-Pentagon sends Texano to the outside early and hits a running senton over the top.

-Texano returns the favor and then sends Pentagon into the railing.

-Famous B and Brenda come out to support Texano, even though he doesn’t seem to want them there.

-Texano works over the injured left leg of Pentagon. He ties Pentagon in the ropes then hits a running dropkick into the knee.

-Famous B goes to throw Texano a horseshoe, but it goes to Pentagon by accident and he uses it to pick up the win.

-Pentagon goes to break Texano’s arm, but Famous B begs him to stop. Pentagon obliges, but then breaks Famous B’s arm instead. Brenda goes to add him but gets her arm broken too.

-Catrina shows up in Capt. Vasquez’s office. Catrina says she is stuck between two worlds. Vasquez says she will give her life after she gets the gauntlet from Cage and needs Catrina’s help with Mil to get it. Catrina says they have a deal, mother.