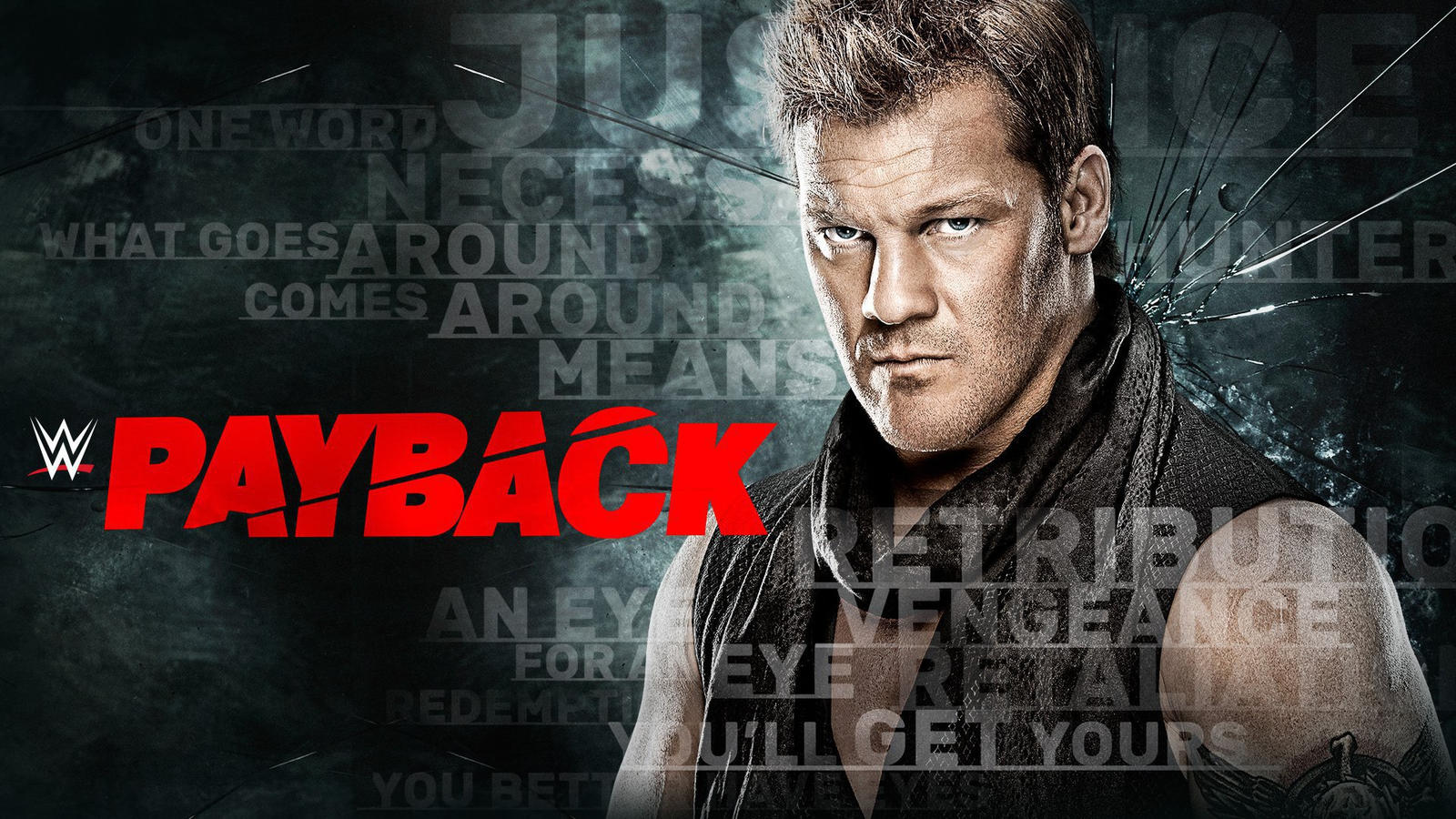 This Sunday is the RAW exclusive Payback PPV. Right now, Payback looks like an A+ grade name for a show when you consider we are getting a show in the coming months called Great Balls of Fire. I really want to know why the WWE thinks that is a great name for a show.

Well I look forward to seeing Brock Lesnar defend the Universal Title on this show. Oh wait, he isn’t doing that? Okay. I should have known considering he hasn’t even been mentioned on RAW in the last few weeks. Why even have two Champions at this point? How does this help elevate the Universal Title when the Title and Champion himself are nowhere to be found? I was fine with the first time Brock Lesnar won a Title and left, but now I think it hurts a newly made Title.

Even without Brock, this should at least still be a good wrestling show. On to the preview! 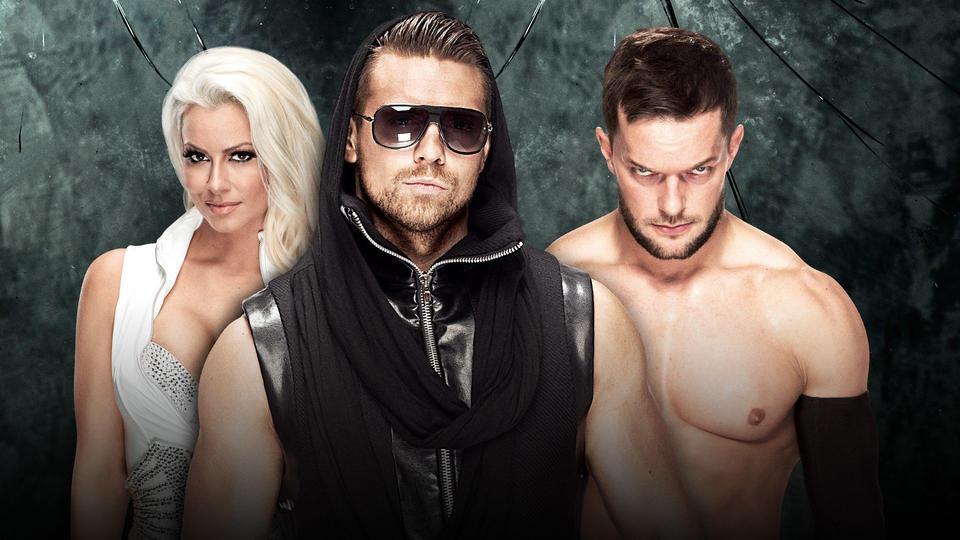 -Not sure what the point of this is. I guess they want both guys on the show? I think Finn is still moving on to Bray Wyatt and Dean Ambrose seemed to be getting into a program with the Miz. The fact that Balor has no program going into this show sucks. Maybe a PPV match happens because of this? Who knows. 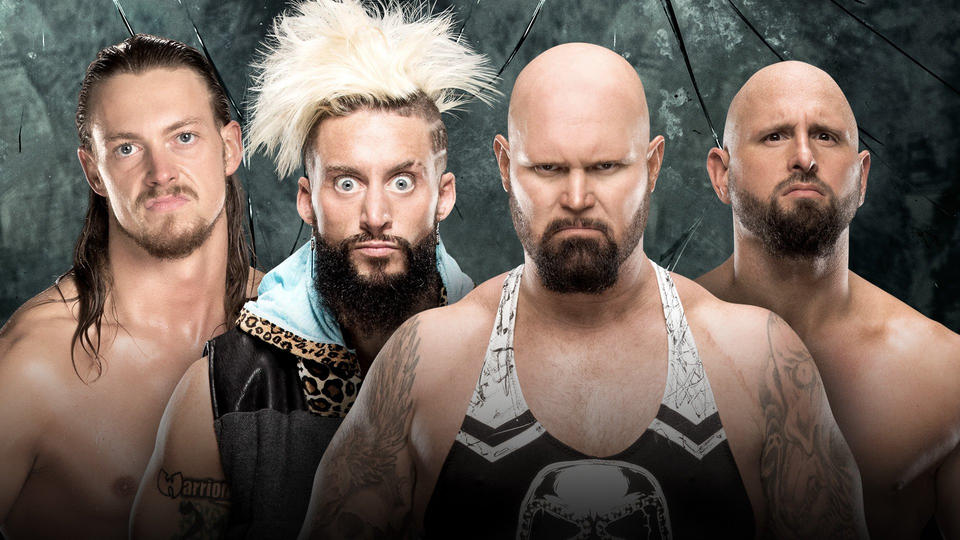 -This is why I think The Club could have really used a move to Smackdown. They should be in the Title scene. Or they could even be in the Colons spot feuding with American Alpha. They could have repackaged the Colons on RAW if they wanted too. The Club just seems lost in the shuffle on RAW, and they already had their rematch against the Hardyz on the RAW after Wrestlemania. So what can they do in the mean time? I hate that they had Gallows and Anderson fight Finn Balor in a tag match last week and nothing came of it. And I think Enzo and Cass take the win here, especially since this is a Kickoff Show match. That’s how you try to get the crowd into it. 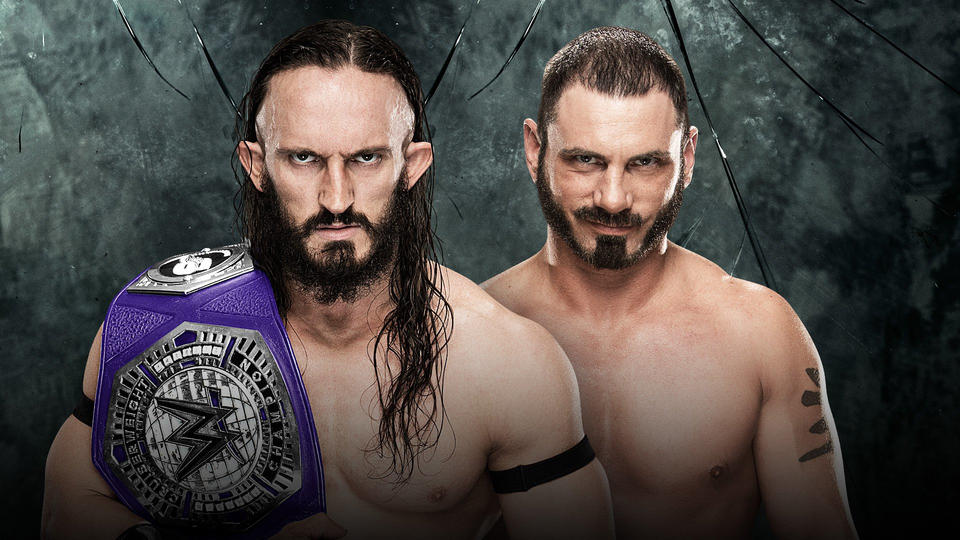 -I thought for sure that Aries was winning at Wrestlemania. But the WWE kept the Title on Neville and it wasn’t a bad move looking back at it. Neville continues to be one of the consistently best performers on RAW. If it weren’t for Neville I don’t know if the Cruiserweight Division would even be around still. But the WWE hasn’t built anyone up as well as Aries to become an instant challenger to Neville if Aries doesn’t win here. Aries winning extends the program out a little longer. Another Neville win would mean Aries would move on. Would the WWE put Aries against main roster talent? Maybe. But for now he should be used as the new face of the Cruiserweight Division. 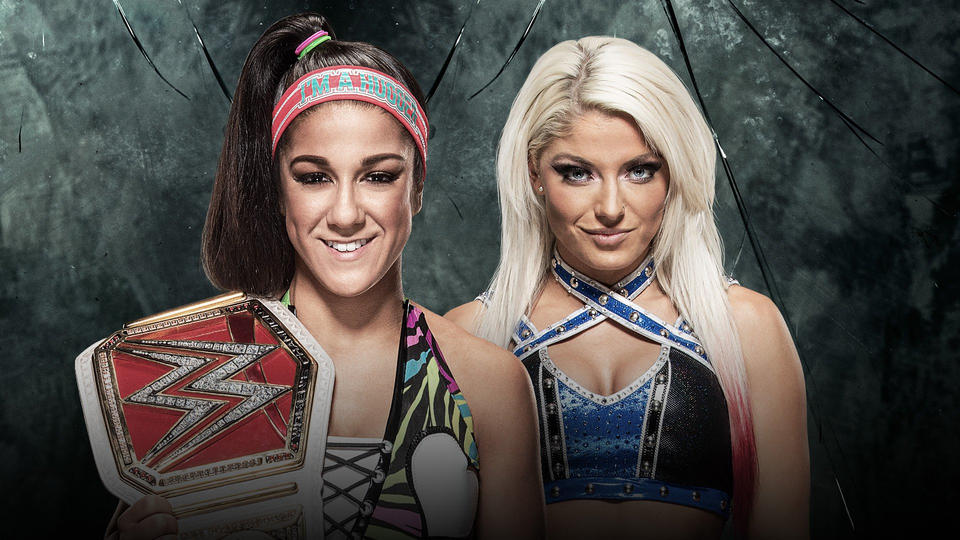 -I’m starting to get worried about Bayley on the main roster. Her promos just aren’t that good. I get that she connects with kids and is great for them. But her scripted promos just come off really fake. And Alexa Bliss can run circles around her on the mic. We get that this is Bayley’s dream and that’s fine, but you can’t say that in every single promo. It is a good thing this show is in Bayley’s home town otherwise there would be a high risk of her getting booed. Alexa Bliss continues to blow away pretty much everyone’s expectations since joining the main roster. I know hometown wrestlers usually lose, but I think Bayley holds on to the Title here. The eventual Bayley/Sasha Banks feud is coming. And as great as Alexa Bliss is, Sasha should be the person taking the Title off of Bayley. 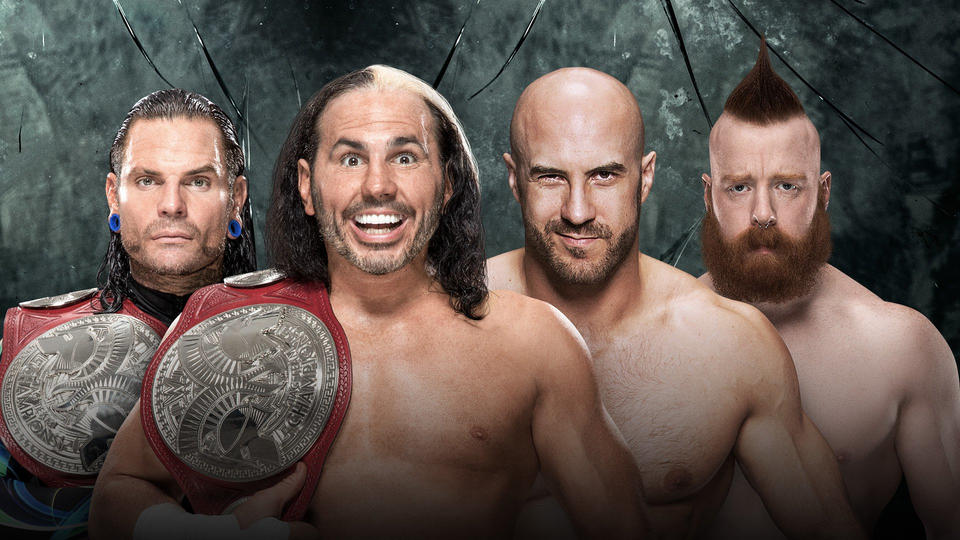 -I can’t get over that picture of Matt Hardy every time I see it. I really hope that Matt can start using the broken character soon. After another month or so, I think the Hardyz nostalgia act might wear off on a lot of people. It is great that they are back. And they have had good matches so far. But almost everyone wants the broken characters. As far as their opponents I’m still shocked I’ve grown to like Cesaro and Sheamus as a team. I hated the idea of them teaming up and now looking back on it, that move might have been the best for both of their careers. Sheamus teased some frustration on RAW last week so I full heel turn might be coming. At this point, I would turn Cesaro too. Sure he’s great, but a heel turn might be best for him as well. I think the Hardyz retain here and Cesaro and Sheamus turn heel after the match. 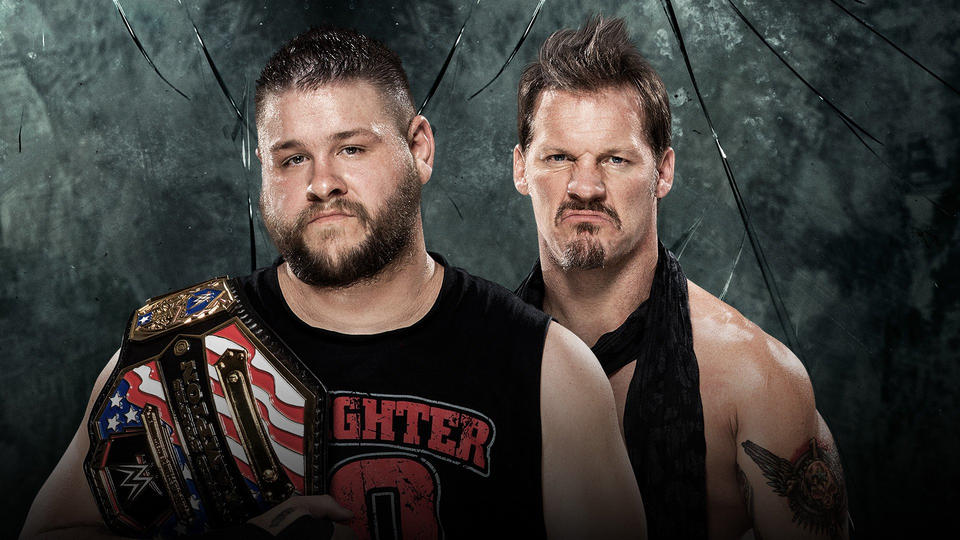 -I think this one is pretty straight forward. Chris Jericho is leaving soon to go on tour with Fozzy. Owens just moved to Smackdown. While Chris Jericho winning and moving to Smackdown would be great for its roster, I don’t see the move happening. Plus I don’t think the WWE would add KO into a feud with AJ Styles and not have a one-on-one match at the next show. This most recent run of Chris Jericho might be his best return run yet. I look forward to seeing what happens when he returns after this tour. 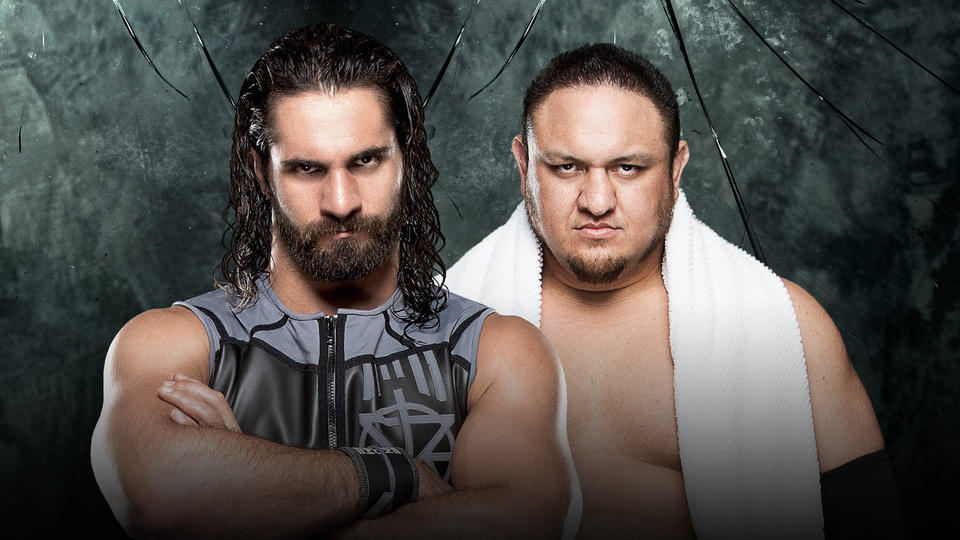 -This is the hardest one to predict for me. Both of these guys need a win. Joe needs the win to give him a big time singles win. And I continue to think that the WWE wants to build up to a big Seth Rollins Title win down the line and beating Joe would be the first step of that process. I feel like this feud isn’t given enough attention and has been played off as an afterthought on RAW. But Rollins seems to be breaking away from the cookie cutter babyface mold of the WWE and that is a start. I think Joe ends up getting the win here though with some heel shenanigans to help him. That’s not Joe’s character but Rollins can’t take a clean loss after his win against Triple H at Wrestlemania. 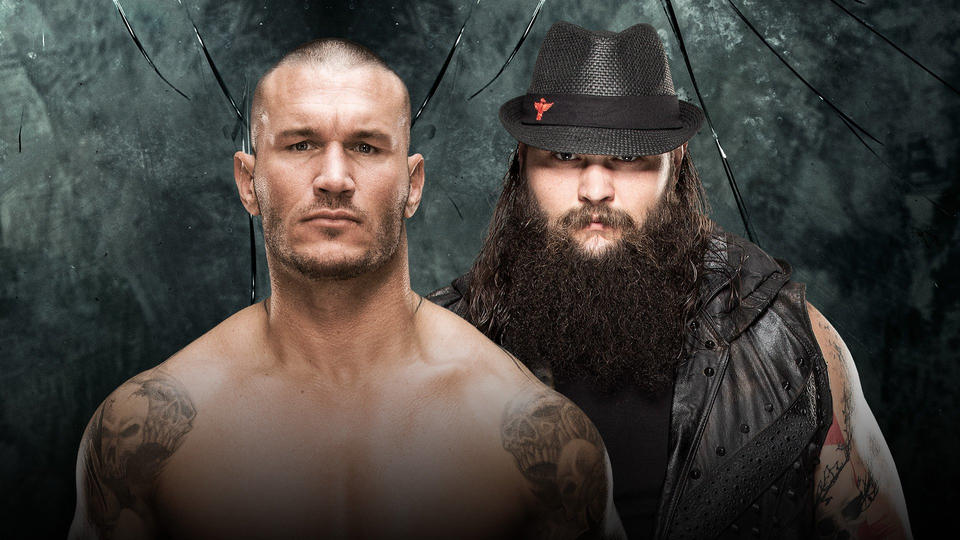 -There may not be enough alcohol to get me through this match. It apparently isn’t a WWE Title match because the match was made before the superstar shakeup. That makes no sense. Why would they make that match for a RAW show anyways? Of course, the whole logic of this feud makes no sense to me. And I am so glad this will be over. Bray Wyatt is still ruined for me after this program. The horrible imagery of that Wrestlemania match still makes me cringe as a wrestling fan. I don’t know if they can rehab the Bray Wyatt character. He just seems so shot at this point I don’t know what they can do to help him. And to think, this time last year they had him team with Roman Reigns and he seemed to get over as a face in one match. Meanwhile, Randy Orton has a big match with Jinder Mahal coming up. I just want him to get through that and move on to a Title match with Handsome Rusev at Money in the Bank. Since this match is non-Title, I have a feeling Bray will go over after twenty minutes of awfulness. 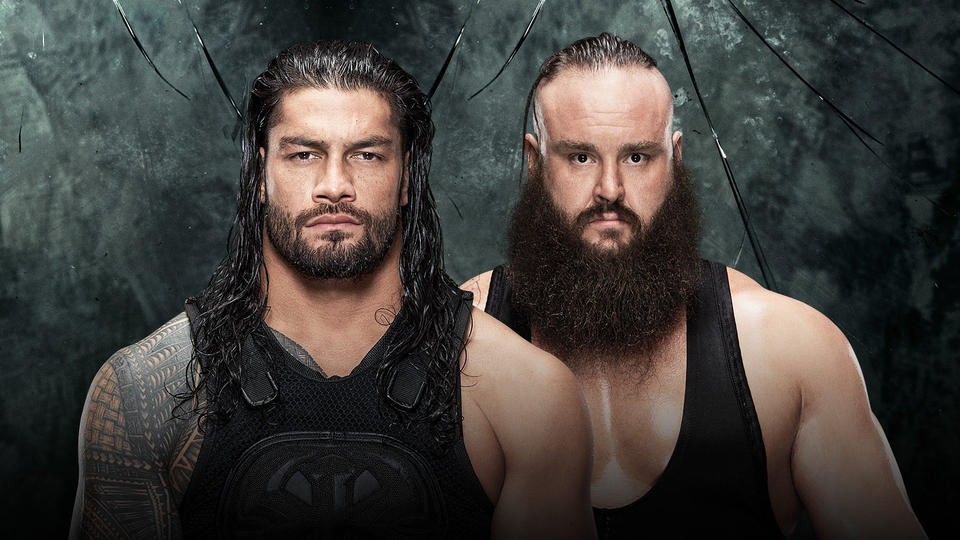 -If the face in this match was anyone but Roman Reigns, they would be getting a huge pop upon their entrance this Sunday. But this is Roman Reigns, and he will still get booed out of the building. Why the WWE decided to keep Reigns face after beating The Undertaker is baffling to me. While the WWE can’t figure out how to book Roman Reigns, they continue to do a fantastic job booking BRAUN. He is easily the best booked big man the WWE has had in quite some time. He really should be the next challenger for Brock Lesnar. I might even have him win it at some point too. That’s how great of a job BRAUN has done. As for this match, Reigns will play the valiant face who fights through injury. Problem is, no one will get behind him and cheer him. I don’t think Reigns takes a clean pin. My guess is BRAUN gets himself DQ’d while trying to destroy Roman.